The day was warm and sunny with just a whiff of salt water in the air from the Aegean Sea, not far away. There were four of us, American pilgrims to the shrine of St. Padre Pio in San Giovanni Rotunda Italy: my mentor, two other students, and myself. We walked silently on the cobblestone path from our hotel to the church, already under the spell of the great healer.

We were not going to the new, modern church but to the smaller building at its side, the original church of San Giovanni Rotunda. St. Padre Pio’s body was on display there, which was found only slightly decomposed when it was exhumed forty years after his death. A reverential crowd was waiting patiently at the entrance, but after my mentor spoke briefly with the official at the door, we were allowed to enter immediately.

Inside, the large, central room was darkened, lit only by large, white candles illuminating the glass case inside of which lay the body of St. Padre Pio. Huge bouquets of red and white flowers surrounded the beloved saint. A rope barrier lined the room to protect the case from the crowds who were trying to get as close as possible, just as they crowded around the boulder on which Padre Pio sat to heal and bless them when he was alive.

Some people were crying, and I felt unexpressed tears well up into my own throat. None of us were Catholics, but we all felt the waves of love and devotion penetrating our hearts and souls. This is how Padre Pio healed when he was alive. Banned by the church from saying mass, he could not be stopped from offering his love and healing energy to the throngs of people who gathered around him.

Padre Pio was declared a saint by Pope John Paul II in 2002. There is a Padre Pio center in Barto, Pennsylvania, as well as in a number of other American cities. He was a simple, Franciscan friar, who received the stigmata, like St. Francis of Assisi, his inspiration.

Healers may come through a spiritual tradition, Christian, Hindu, Muslim, Jewish or spontaneously through another source. Padre Pio was Catholic, but the Healing Energy itself belongs to everyone and can manifest everywhere.

What I Am Reading: “Stress Less, Accomplish More: Meditation for Extraordinary Performance” by Emily Fletcher, a surprising take on meditation techniques. Less can be more. Read to get rid of meditation guilt.

13 thoughts on “A Healing Shrine” 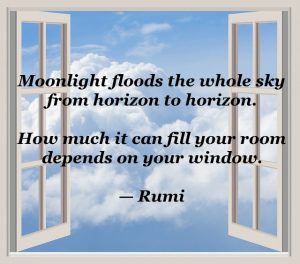